The Freeman Stage ushers in 2021 with a new name 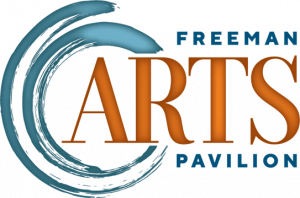 The Freeman Stage ushers in 2021 with a new name

If there was ever any doubt The Freeman Stage was a major player in the Delmarva arts scene, 2020 put it to rest. The global pandemic decimated the performing arts industry, with widespread tour cancellations and the shuttering of even the most venerable establishments across the country.

Yet the Selbyville-based arts organization successfully launched a 2020 season, albeit shorter, with smaller crowds and all the mandatory public safety protocols in place. It held 49 performances between July and September and hosted over 11,000 audience members at its open-air venue, complete with “seating pods,” hand sanitizer stations, and mask requirements. A post-season survey revealed a 97% approval rating for its “Special Season of the Arts,” with an equally large majority of attendees indicating they plan to return for 2021 performances, COVID or not.

They will return to a larger venue under a new name.

“We decided it was the right time to transition from The Freeman Stage to Freeman Arts Pavilion as a signal of our commitment to our future in this region,” said Patti Grimes, executive director of the Joshua M. Freeman Foundation, which runs the program. “It’s the latest in a series of bold steps we have taken as an organization to expand our reach and continue fulfilling our mission as a nonprofit organization.”

On Nov. 12, 2020, the Sussex County Planning and Zoning Commission approved the interim site plan which would allow the organization to expand its current seating capacity, which was reduced from a pre-COVID size of 2,700 to 388 during the pandemic season (97 pods with four seats each). The organization recently acquired the site next to the current Freeman Stage property.

“The Freeman Arts Pavilion has been in the planning stages for quite some time.  We realized in 2020 that our small footprint may limit our ability to present live arts performances in the future,” Grimes said. “Given the success of the pod concept this past year, we decided to utilize a phased approach on our new property, given the current public health environment caused by the pandemic.”

Following the same safety protocols that allowed for the abbreviated 2020 season, the new larger lawn will accommodate as many as 500 seating pods, each accommodating up to four patrons, but final capacity figures are still being determined. According to Grimes, the organization has already booked well over half of the upcoming 2021 season, including many of the national recording artists who had been scheduled, but were unable to appear, in 2020. The staff and board of directors lead by president and chair, Michelle D. Freeman, are continually monitoring state and CDC guidelines and remain “vigilant and flexible” in planning the season.

In the meantime, a capital campaign will be launched to complete the needed funding for the new proposed $27 million facility, which will have an approximate seating capacity of over 4,000 patrons (with 1,100 seats under roof), state-of-the-art sound, lighting and video capabilities, an expanded concession and dining area, and artists’ dressing room and production space. Final construction is expected to be completed in four to six years based on scheduling and fundraising goals.

A Mission in Constant Motion

Michelle Freeman emphasizes the Freeman Arts Pavilion is much more than a preeminent performing arts venue for area residents and guests.

“The mission of this organization from the day it was founded is to make the arts accessible to all,” she said. “Even during the pandemic, we were fulfilling that mission with live performances, virtual arts in education programming and distributing arts and crafts supplies with grade-tiered instructions in English and Spanish to local school children. The vision for the future is to create a larger stage both in terms of the physical structure, but also in metaphoric terms for the local community.” 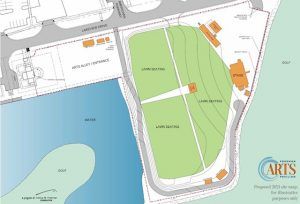